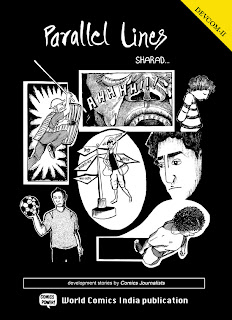 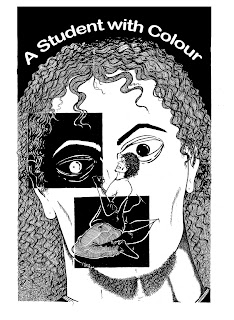 A Student with Colour
Artist: Sunder Mohan Murmu
The story based on the real life incidents of the author chiefly concerns with racism. The protagonist of the story, located in a small town called Jadugoda in Jharkhand of Eastern India. The area has a history with Radiation effects from the Uranium mines. The story proceeds with the trying to take admissions for higher studies in the nearby district. However when he goes there he faces discrimination based on area and returns
without fulfilling his urge for education. In the meanwhile the story also draws parallels between racism abroad and in India. 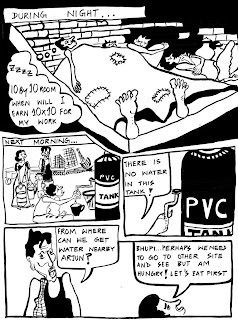 Common Slaves Games-2010
Artists: Rajeswari Saha
The story shows the real picture of commonwealth Games-2010 in Delhi. The protagonist
of the story is Bhupen a daily wage labour migrated from Bihar to find a job at Commonwealth Games village site. He takes reader to the common man’s life and how it would remain unchanged even after the beautification of the capital city Delhi. 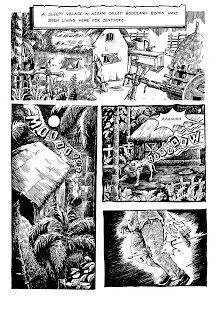 The Fight Within
Artist: Amrith Basumatary
The story: In short, the story tells about the “Bodo movement” for their cultural and religious identity. The Bodos are a tribe from the lower Assam in Northeastern India. The peoples movement includes the struggle for a separate land recognition of their language. With powerful illustration, the author depicts how the tussle leads to blood-shed between the Bodo tribe itself even after the Bodoland Accord due to internal political conspiracy. 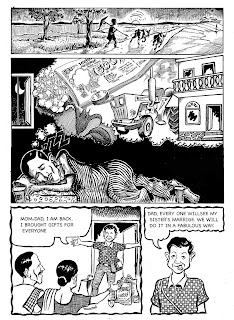 Cotton 100 Per cent
Artist: Lakhindra Nayak
This is a real success story of farmer’s fight with a multinational company on BT Cotton issue. A story which end with a hope and farmers wins the case. 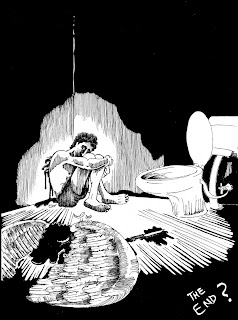 Daddy, I love you
Artist: Siddharth Sarathi
This is the story of dreamy youth fading away and making way for cynical adulthood.
Posted by Sharad Sharma at 7:36 PM